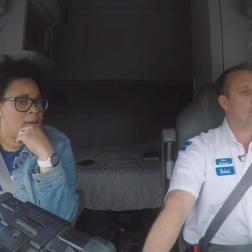 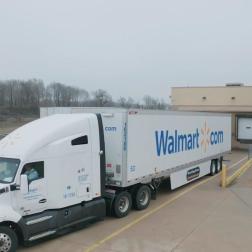 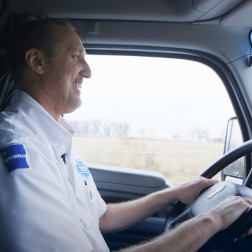 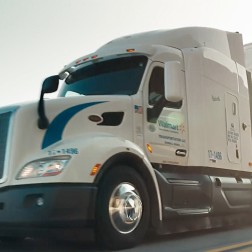 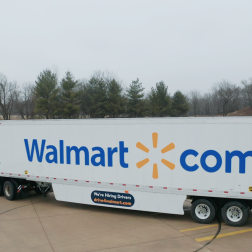 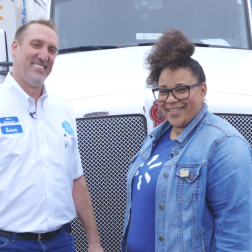 Walmart is growing our trucking fleet by more than 500 truck drivers this year, mainly across the West and East Coast. The company is looking for good, experienced drivers, like Robert Sullivan, to work in one of the most highly sought-after jobs in the trucking industry.

Sullivan was working as a pit boss in a Las Vegas casino when his wife convinced him to team drive with her. That was 20 years ago, and though his wife has stopped driving, he’s still going strong.

Two years ago, Sullivan started driving for Walmart, and he reports they’ve been the best two years of his career, hands down. With several perks like predictable home time and no-touch freight, driving for Walmart is full of benefits.

The pay is good, too. Walmart drivers earn an average of $87,500 per year, and this year, it’s getting better for all drivers by way of increases in per mile rate and activity pay and training pay.

One of the biggest differences from other driving companies is Walmart drivers get paid in more ways than mileage pay. They receive training pay and activity pay for times when they are not logging miles.

Sullivan mentioned they even get paid to take rest breaks. “You get paid to sleep in a truck: 42 bucks to go to bed. That makes sleeping a whole lot better.”

This leads to a safer fleet, because drivers aren’t overworked or pushed beyond their limits. The last place Sullivan worked didn’t operate this way. He was on call for days at a time, which could lead to unsteady hours. He would end up driving long hours that could fluctuate from days to nights, both of which can lead to driver fatigue.

I wanted to work for someone who cares about not only their reputation, but the safety of their drivers.

At Walmart, drivers get weekly schedules. This means they know when they’ll be home and on the road. It’s also a source of pride to drive for one of the safest fleets on the road. “The drivers are very well respected over here. They’re admired for what they do, and you’re rewarded with safety bonuses.”

Of course, potential private fleet drivers must already meet Walmart’s high minimum standards, which include 30 months of experience in the past three years and a clean safety record.

Sullivan had one piece of advice for drivers who meet the criteria, “They should not hesitate,” he said. “It’s a great company.”

Interested drivers who meet Walmart’s criteria can apply at Drive4Walmart.com.

Opportunity
Walmart and Walmart.org Increase Access to Educational Opportunities for Black and African Americans
BENTONVILLE, Ark., Oct. 21, 2021 — Walmart Inc. (NYSE: WMT) and Walmart.org today announced a trio of additional shared value and philanthropic initiatives that build on its strategy to advance equity in education, including...

Opportunity
Walmart.org Center for Racial Equity Update: Creating Career Pathways through Education
Education means something different to everyone. Being part of a family of educators, early on, I understood that education can open doors to opportunity. But growing up in a mixed-race family on the U.S.-Mexico border, I also saw firsthand the numerous barriers to opportunity within the education system –…

Opportunity
Walmart Expands Health Care Benefits Offerings for U.S. Associates, Responding to Their Changing Needs
COVID-19 made a significant and enduring impact on our lives — it changed how we shop and how we interacted with one another. It also made us look at health care from a different angle, knowing that our associates need access to virtual and seamless support more than ever. As…