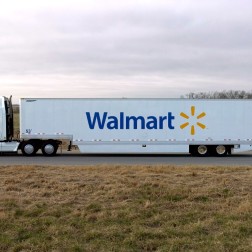 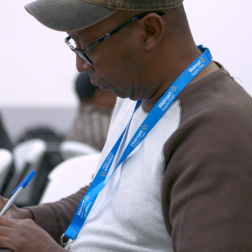 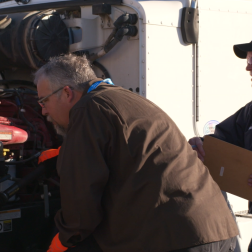 Assessments, mentorship and a faster hiring process are all a part of new onboarding events that are filling critical new jobs created by Walmart’s business growth during an industry-wide shortage.

The revamped orientation initiatives have already cut in half the time between a candidate’s initial interview and a mandatory driving assessment, expediting the time it takes to complete a new hire.

“These hiring events are both improving the skill level of our candidates and enriching their onboarding experience,” said Lori Furnell, Walmart’s director of driver talent acquisition. “We’re leaning heavily on the expertise of our Walmart road team and our certified driver trainers to grow our skilled fleet of professional drivers.”

In addition to the onboarding events, Walmart is raising driver pay beginning in February. A one cent per mile increase and additional pay for every arrival means that Walmart drivers will now earn on average $87,500 a year and with an all-in rate close to 89 cents per mile.

Furnell said Walmart is transforming its hiring process to give applicants the opportunity to learn the “Walmart way.”

In the past, candidates were given one opportunity to perform an assessment, during which they were evaluated for driving skills and what is known as a “pre-trip inspection,” or safety scans of a truck prior to each departure. But targeted one-on-one mentoring from veteran drivers has been introduced in the new process. Two centralized locations – Casa Grande, Arizona, and Lauren, South Carolina – serve as week-long onboarding facilities for new hires to observe veteran drivers and then practice those skills “the Walmart way.”

According to Vinny Faller, a 16-year Walmart fleet driver and assessor at the Casa Grande onboarding facility, a candidate’s ability to grasp the culture will make or break their success during onboarding events.

“Safety is everything. Courtesy to drivers on the road is paramount. Professionalism at all times is demanded,” Faller said. “There’s no substitute for these three principles.”

Throughout the week, Faller and his fellow assessors demonstrate the skills that candidates are expected to master before they begin driving and help them with any areas they can improve in as the week goes on. Their expertise and camaraderie help new drivers gain confidence in their skills and welcome them to the Walmart family.

To qualify for the onboarding, drivers must already meet Walmart’s high minimum standards for its private fleet drivers, which includes 30 months of experience in the past three years and a clean safety record.

“Walmart’s fleet has a reputation for high standards and that can be intimidating,” Faller said. “But you see people getting emotional after the process they go through here, and I think that’s largely because they can sense that we’re here in it with them and we’re committed to their success. I don’t think you get that elsewhere in the industry.”

Aside from wage increases and stable working hours, new driver candidates frequently report the Walmart culture and reputation for professionalism as top reasons for applying to the company.

“For someone who hasn’t been taught the Walmart standards, to have that taught to you and then given the opportunity to meet those standards is life-changing,” said Robert Bradley, a new driver hired in December of 2018.

Bradley is a return applicant to the Walmart fleet, and says the job has been his dream since he was 7 years old. The training he received during onboarding helped him understand why he failed the pre-trip inspection the first time he applied, and it allowed him to master the skills to earn the signature white shirt that he’ll now wear as a part of his driver uniform.

“I’ve never seen a transportation company hire so quickly, nor in such an emotional way,” Furnell said. “Our drivers are entering the program fully confident and prepared to perform this critical element of our retail business.”

Now that onboarding is over, Bradley and his peers have started their careers as official Walmart fleet drivers. They’ve also walked away with a network of mentors who continue to provide support. According to Bradley, nothing compares to the sense of pride and safety he’ll have now that he’s officially a part of the Walmart fleet.

“I don’t have to worry about what’s next anymore,” he said. “Now I can just settle in and do my work. Life gets a little bit easier.”

Opportunity
Walmart’s Hiring 500 Truck Drivers. A Member of Our Private Fleet says 'Don’t Wait' to Apply.
Walmart is growing its trucking fleet by more than 500 truck drivers this year, mainly across the West and East Coast. The company is looking for good, experienced drivers, like Robert Sullivan, to work in one of the most highly sought-after jobs in the trucking industry. Sullivan was working as…

Opportunity
Opening Doors for Women, Opening Doors for Innovation: Highlighting Women-Owned Businesses
At Walmart, we know we are at our best when we champion diversity and inclusion across our business. Women make up the majority of our associates and the majority of our shoppers, so it makes sense for us to use our strength to support women at all…

Opportunity
Congratulating the First Class of Live Better U Graduates
Less than two years ago, we started our partnership with Guild Education to offer Walmart associates a path to a debt-free college degree through our Live Better U initiative.This is an exciting time, because this month, we have our first group of more than 30…