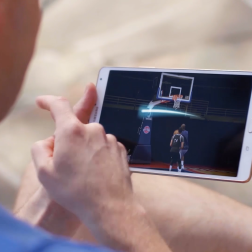 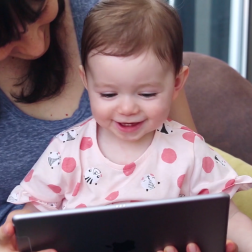 Walmart and interactive video pioneer, Eko, to innovate on how entertainment is used to attract and engage retail customers

The content, which could include a range of offerings, from cooking shows to interactive toy catalogues, will go beyond the basic personalization available today, allowing viewers to participate in and shape stories as they are being told. The result will be an experience unique to each participant, creating more engaged and emotionally-connected audiences.

Our partnership with Eko will help us accelerate efforts to deepen relationships with customers and connect with new audiences in innovative ways and is one part of an overall entertainment ecosystem we’re building. By partnering with organizations across the industry to create original, interactive content, we’re bringing the next generation of entertainment to customers and delivering memorable experiences they can only find at Walmart.

Since 2010, Eko has pioneered the future of entertainment, alongside partners like Sony Pictures Entertainment and MGM Studios. Eko has received prior funding from Sequoia Capital, Intel Capital, Warner Music Group, Samsung, Walmart, and others, and has more than 15 patents for its technology. In connection with the joint venture, Walmart has agreed to participate in Eko’s next funding round.

“The future of video entertainment is interactive, and this joint venture is a huge step towards bringing this future to life,” said Yoni Bloch, chief executive officer of Eko. “In 2018, all forms of media are personalized except for live action video. At Eko, our mission is to evolve past basic personalization and partnering with Walmart will accelerate that evolution. We’re working alongside some of the most creative people from Hollywood and around the world, and we invite others to join us in making great interactive content.”

The joint venture, known as W*E Interactive Ventures, will be led by Bloch, with input from several industry experts. Tribeca Productions co-founder Jane Rosenthal will serve as strategic advisor. Rosenthal, producer of films such as Meet the Parents, Meet the Fockers, About a Boy (film and series), Wag the Dog and the upcoming Scorsese film The Irishman, helps create a bridge for both established and emerging artists looking for an outlet for their work. Nancy Tellem, chief media officer and executive chairwoman of Eko, will serve on the board of the joint venture. Prior to joining Eko, Tellem spent more than 25 years in television including time as president of CBS Network Television Group.

"During my career in broadcast television, I've seen how traditional media has been transformed by technology, and have long believed that technology would be the key to creating more engaging entertainment experiences," said Nancy Tellem, executive chairman and chief media officer of Eko. "Audiences are hungry for immersive entertainment and storytellers are embracing this new technology in creating a new type of story narrative that deeply engages the viewer. Now is the time for Eko and interactive content to take center stage."

About Eko
Eko is a pioneering interactive entertainment company that lets audiences shape stories as they unfold. Eko’s technology allows participants to affect, control, and influence interactive entertainment like never before. The company provides a platform for creating, distributing and monetizing interactive stories, and partners with media companies, independent creators and top brands to create deeply engaging experiences for audiences. Stories are distributed through HelloEko.com, affiliate partners, and social networks; available on desktop, mobile and connected devices. The company has over 15 patents for its technology, including its proprietary player, authoring tools and high-efficiency interactive streaming technology. Eko Studio, the company’s suite of authoring tools, is also offered for free to creators, enabling them to craft their own interactive experiences using Eko’s platform.

Disclaimer
This release is for informational purposes only and does not constitute an offer to sell, a solicitation of an offer to buy, or a recommendation of any security in the United States or elsewhere.

Business
Walmart Sues DOJ and DEA Seeking Clarity for Pharmacists in Dispensing Prescription Opioids
BENTONVILLE, Ark., Oct. 22, 2020 — Walmart has sued the U.S. Department of Justice (DOJ) and the Drug Enforcement Administration (DEA), asking a federal court to clarify the roles and responsibilities of pharmacists and pharmacies under the Controlled Substances Act (CSA). Walmart Inc. v. DOJ, et al. is pending before the U.S. District Court for…

Business
Customers are Planning Differently for Thanksgiving — and Walmart is Ready
When it comes to grocery, the weekend before Thanksgiving is typically a busy one as shoppers across the country begin to prepare the holiday meal. This year has brought rapid and constant change in every facet of our daily lives, and we know…

Business
Walmart Announces “Black Friday Deals for Days,” a Reinvented Black Friday Shopping Experience
BENTONVILLE, Ark., Oct. 14, 2020 — Walmart announced last month that it is adapting to meet the evolving needs of its customers this holiday season. The biggest and most exciting shopping day of the year – Black Friday – will be no exception. That’s why today, Walmart is announcing a revamped Black Friday savings event that will deliver the…