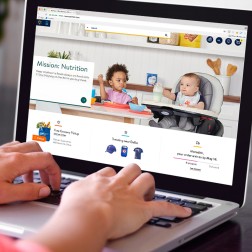 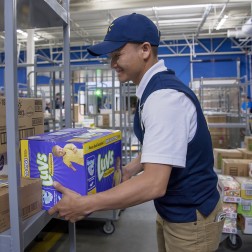 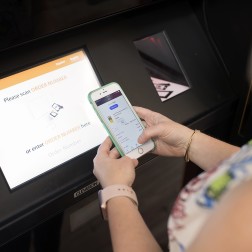 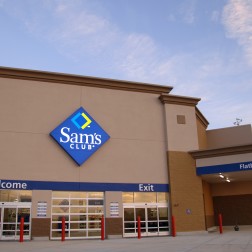 Key results
(Amounts in billions, except as noted. Dollar and percentage changes may not recalculate due to rounding.)

1 13-week period ended July 27, 2018, compared to 13-week period ended July 28, 2017, and excludes fuel. See Supplemental Financial Information for additional information.
2 See additional information at the end of this release regarding non-GAAP financial measures.
3 Guidance does not incorporate the previously provided estimated impact for Flipkart, which included the incremental interest expense to fund the transaction, as the transaction has not yet closed.
4 Tobacco sales negatively impacted Sam's Club's comparable sales by approximately 150 basis points.
5 $16.9 billion remaining of the $20 billion authorization approved in October 2017. The company repurchased approximately 15.3 million shares in Q2.

Guidance
The following guidance reflects the company’s expectations for fiscal year 2019. Assumptions in today’s guidance include that economic conditions, currency rates and the tax and regulatory landscape in our largest markets remain generally consistent. Additionally, the guidance does not include the expected impact of the company's investment in Flipkart, including interest related to the purchase, as the transaction has not yet closed.

Other gains and losses
Other gains and losses in Q2 fiscal 2019 consists primarily of a $4.8 billion pre-tax loss related to the sale of a majority stake in Walmart Brazil and a $94 million unrealized loss on the company's JD.com investment due to a decline in the JD.com stock price during the quarter.

1 Guidance does not incorporate the previously provided estimated impact for Flipkart, which included the incremental interest expense to fund the transaction, as the transaction has not yet closed.
2 See additional information at the end of this release regarding non-GAAP financial measures.
3 Adjusted for discrete items in the prior year. Including discrete items in the prior year, the fiscal 2019 consolidated operating income is expected to result in a high single-digit percentage increase.

Portfolio Repositioning
Thoughtful and deliberate consideration of the company's portfolio of businesses is a key enabler of its strategic framework. Following is an update of recently announced transactions.

economic, geo-political, capital markets and business conditions, trends and events around the world and in the markets in which Walmart operates;
currency exchange rate fluctuations, changes in market interest rates and commodity prices;
unemployment levels; competitive pressures; inflation or deflation, generally and in particular product categories;
consumer confidence, disposable income, credit availability, spending levels, shopping patterns, debt levels and demand for certain merchandise;
consumer enrollment in health and drug insurance programs and such programs' reimbursement rates;
the amount of Walmart's net sales denominated in the U.S. dollar and various foreign currencies;
the impact of acquisitions, investments, divestitures, store or club closures, and other strategic decisions;
Walmart's ability to successfully integrate acquired businesses, including within the eCommerce space;
Walmart's effective tax rate and the factors affecting Walmart's effective tax rate, including assessments of certain tax contingencies, valuation allowances, changes in law, administrative audit outcomes, impact of discrete items and the mix of earnings between the U.S. and Walmart's international operations;
changes in existing tax, labor and other laws and regulations and changes in tax rates, trade agreements, trade restrictions and tariff rates;
customer traffic and average ticket in Walmart's stores and clubs and on its eCommerce websites;
the mix of merchandise Walmart sells, the cost of goods it sells and the shrinkage it experiences;
the amount of Walmart's total sales and operating expenses in the various markets in which it operates;
transportation, energy and utility costs and the selling prices of gasoline and diesel fuel;
supply chain disruptions and disruptions in seasonal buying patterns;
consumer acceptance of and response to Walmart's stores, clubs, digital platforms, programs, merchandise offerings and delivery methods;
cyber security events affecting Walmart and related costs;
developments in, outcomes of, and costs incurred in legal or regulatory proceedings to which Walmart is a party;
casualty and accident-related costs and insurance costs;
the turnover in Walmart's workforce and labor costs, including healthcare and other benefit costs;
changes in accounting estimates or judgments;
the level of public assistance payments;
natural disasters, public health emergencies, civil disturbances, and terrorist attacks; and
Walmart's expenditures for Foreign Corrupt Practices Act "FCPA" and other compliance related costs, including the adequacy of the accrual with respect to this matter.

Business
When Vaccines Roll Out in the U.S., Walmart Stands Ready to Serve
Over the past year, our associates have risen to the challenge of serving our customers in new ways. Today, at the dawn of the most significant vaccine rollout of our lifetimes, Walmart again stands ready to serve. As we look to a future when supply can meet demand…