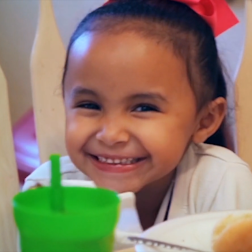 "Because of the generous support of our suppliers, customers and associates, food banks will be able to do even more this year to help families who are struggling," said Kathleen McLaughlin, president of the Walmart Foundation and chief sustainability officer for Walmart.

We are passionate about fighting hunger, and through this campaign, we have taken another significant step to breaking down the barriers that prevent families from enjoying ready access to healthier, nutritious food.

Kathleen McLaughlin, president of the Walmart Foundation and chief sustainability officer for Walmart.

Feeding America and Walmart have worked together for over a decade, and partnered on Fight Hunger. Spark Change. for five years. With the help of suppliers, Synchrony Bank, customers, and other partners, more than $23 million was raised to support Feeding America and the network of 200 member food banks it serves. The money is used by each local food bank to better serve the community and those who are food insecure. Over the last five years, the campaign has raised more than $74 million to fight hunger.

"Year after year, we are blown away by the tremendous efforts put forth by Walmart through the Fight Hunger. Spark Change. campaign and this year exceeded our expectations," said Matt Knott, President of Feeding America. "Hunger touches every community in the U.S. We know what a tremendous impact these 230 million meals will make for food banks across the country and the families they serve. Thank you to Walmart, its customers, suppliers and Synchrony Bank for your support."

During this year’s campaign, Walmart and Feeding America collaborated with Nextdoor, a private social media network active in 170,000 neighborhoods nationwide. Nextdoor invited community leaders, city officials, local chefs, the local food bank, journalists and area neighbors to come together around handcrafted tables made by Neighbor’s Table. The table remained as a gift in the community from Neighbor’s Table, so neighbors can continue to discuss how to best combat hunger locally. Following the community gatherings, members of each community were invited to learn more about ways they could help their local food bank.

To download and use in its entirety with permission: A short film by Walmart highlighting the 2018 campaign: https://news.walmart.com/videos/walmart-customers-and-feeding-america-secure-230-million-meals-for-fight-hunger-spark-change

"It has truly been inspiring to travel across the country with Walmart to raise awareness around the magnitude of America’s hunger crisis and the power of sparking change locally," said Nextdoor Co-founder and CEO Nirav Tolia. "We, at Nextdoor, are committed to helping neighbors come together to build stronger communities, and are grateful for the remarkable work that Walmart has done to help local food banks serve neighbors in need. We know that we likely won’t solve this problem today, or even this year, but, as we have witnessed over the last few weeks, bringing neighbors and influencers together in local communities can make a real difference."

As the nation’s largest grocer, Walmart is in a unique leadership position to positively impact the issue of hunger in the United States. In October 2014, Walmart announced a commitment to create a more sustainable food system, with a focus on improving the affordability of food by lowering the "true cost" of food for both customers and the environment, increasing access to food, making healthier eating easier, and improving the safety and transparency of the food chain. This commitment includes a goal of providing 4 billion meals to those struggling with hunger in the U.S. by 2020.

About Walmart
Walmart Inc. (NYSE: WMT) helps people around the world save money and live better - anytime and anywhere - in retail stores, online, and through their mobile devices. Each week, nearly 270 million customers and members visit our more than 11,700 stores under 65 banners in 28 countries and eCommerce websites. With fiscal year 2018 revenue of $500.3 billion, Walmart employs approximately 2.3 million associates worldwide. Walmart continues to be a leader in sustainability, corporate philanthropy and employment opportunity. Additional information about Walmart can be found by visiting http://corporate.walmart.com, on Facebook at http://facebook.com/walmart and on Twitter at http://twitter.com/walmart.

Community
Walmart, Sam’s Club & Feeding America® Partner to Help Fight Hunger as the Need Continues as a Result of the Pandemic
Central to our mission at Walmart is helping people live better. That’s not just a statement – it’s a goal we work toward every day on behalf of our customers, members and communities. Helping people live better includes ensuring they have access to nutritious food, and for many people, that’s been a struggle…

Community
Walmart, Sam’s Club and the Walmart Foundation Announce Winter Weather Response Efforts to Help Those Affected by Recent Storms
BENTONVILLE, Ark., Feb. 19, 2021 — With the catastrophic storms, power outages and water shortages affecting Texas, Tennessee, Louisiana and Mississippi, Walmart, Sam’s Club and the Walmart Foundation are committing up to $1 million in cash and in-kind product donations to help with response efforts. As part of the commitment, funds will support…

Community
The Walmart.org Center for Racial Equity Awards Over $14 Million in First Round of Grants
BENTONVILLE, Ark., Feb. 1, 2021 — Walmart and the Walmart Foundation pledged to contribute $100 million over five years through a Center for Racial Equity to help address racial disparities in the U.S. in June 2020. Today, Walmart announced that Walmart and the Walmart Foundation are distributing the first $14.3 million of that commitment in…