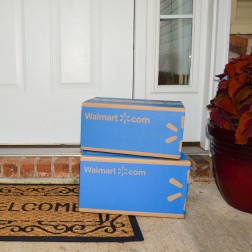 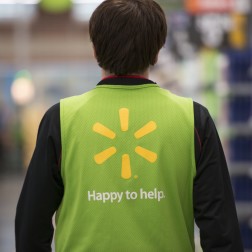 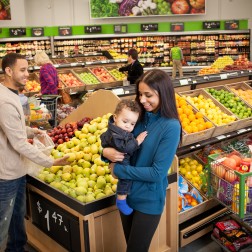 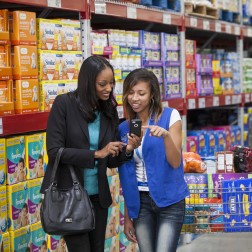 (Amount in millions, except as noted)

Wal-Mart Stores, Inc. (NYSE: WMT) helps people around the world save money and live better - anytime and anywhere - in retail stores, online, and through their mobile devices. Each week, over 260 million customers and members visit our more than 11,600 stores under 59 banners in 28 countries and e-commerce websites in 11 countries. With fiscal year 2017 revenue of $485.9 billion, Walmart employs approximately 2.3 million associates worldwide. Walmart continues to be a leader in sustainability, corporate philanthropy and employment opportunity. Additional information about Walmart can be found by visiting http://corporate.walmart.com, on Facebook at http://facebook.com/walmart and on Twitter at http://twitter.com/walmart.

Business
Walmart Invests in Cruise, the All-Electric Self-Driving Company
Over the years we’ve been doing a lot to learn more about the role autonomous vehicles can play in retail, and we’ve seen enough to know it’s no longer a question of if they’ll be scaled, but when. Today we’re taking the next step in our work with autonomous vehicles by making an…

Business
Emphasizing Opportunity, Walmart Moves More Associates to Full Time
Even with all the change of the past year, we have continued to focus on creating even more opportunity for associates at Walmart. Retail trends have accelerated, and we’ve evolved how we serve customers and the roles that support them. Today, we’re excited to…