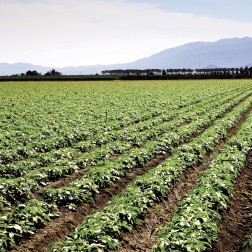 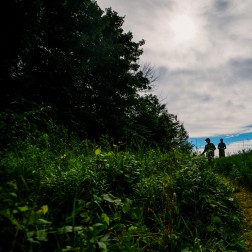 QUOTE SHEET: What is being said about Project Gigaton
View Document 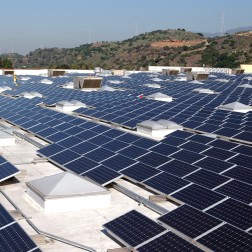 Through release of a sustainability toolkit, Walmart asks suppliers to reduce greenhouse gas emissions by one gigaton – the equivalent to taking more than 211 million passenger vehicles off of U.S. roads for an entire year

BENTONVILLE, Ark., April 19, 2017 – Today, during Walmart’s annual Milestone Summit, the company launched a sustainability platform inviting suppliers to join Walmart in committing to reduce greenhouse gas emissions resulting from their operations and supply chains. Dubbed Project Gigaton, this initiative will provide an emissions reduction toolkit to a broad network of suppliers seeking to eliminate one gigaton of emissions, focusing on areas such as manufacturing, materials and use of products by 2030. That’s the equivalent to taking more than 211 million passenger vehicles off of U.S. roads and highways for a year.

Walmart is the first retailer with a verified science-based target emissions-reduction plan. The company aims to reduce its absolute Scope 1 and 2 emissions by 18 percent by 2025. The retailer will also work to reduce CO2e, or carbon dioxide equivalent, emissions from upstream and downstream Scope 3 sources by one billion tons (a gigaton) between 2015 and 2030.

Project Gigaton is part of a series of Walmart sustainability initiatives, focused on addressing social and environmental issues in ways that help communities while also strengthening business. For example, by investing in solar energy, Walmart has helped to support jobs for American solar companies. Walmart is now one of America's leading commercial solar and on-site renewable energy users and gets about 25 percent of its global energy from renewable sources. To give another example, by doubling the efficiency of our U.S. fleet from 2005 to 2015, Walmart saved nearly $1 billion compared to a 2005 baseline.

“We are proud of the improvements we’ve made in reducing our own emissions, but we aim to do more. That’s why we’re working with our suppliers and others on Project Gigaton,” said Kathleen McLaughlin, senior vice president and chief sustainability officer for Walmart.

Walmart has identified energy, agriculture, waste, packaging, deforestation, and product use and design as the goal areas in which to focus their Scope 3 climate efforts. Participating suppliers are encouraged to focus their commitment in one or more of these goal areas.

To help suppliers make commitments to emission reduction, or to establish emission reduction projects, Walmart collaborated with NGOs, like World Wildlife Fund and Environmental Defense Fund, and additional like-minded organizations to create an emissions reduction toolkit. In this toolkit, Walmart highlights the business case for why suppliers should consider signing on to Project Gigaton.

"Supply chains are the new frontier of sustainability. The journey products take from source to shelf will collectively shape our planet’s future," said Carter Roberts, president and CEO, World Wildlife Fund. "Project Gigaton is a testament to the transformative impact that leaders of industry can have on our greatest common challenges. As more companies follow in the footsteps of Walmart and their suppliers, we can achieve the critical mass needed to address climate change. Today's commitment represents an important step toward a safer and more prosperous future."

“A challenge like Project Gigaton will catalyze leadership and innovative solutions around the globe,” said Fred Krupp, president of Environmental Defense Fund (EDF). “Forward-looking companies like Walmart, and the suppliers that will join them, know that our economy and our planet can—and must—thrive together. Consumers deserve both, and these businesses are leading the way. EDF looks forward to helping them along this journey.”

“Through the years, we’ve seen that integrating sustainable practices into our operations improves business performance, spurs technological innovation, inspires brand loyalty, and boosts employee engagement,” said Laura Phillips, senior vice president, Sustainability for Walmart. “Our suppliers recognize the opportunity to realize those same benefits in their businesses. By working together on such an ambitious goal, we can accelerate progress within our respective companies and deep in our shared supply chains.”

Walmart is proud that several suppliers have committed to Project Gigaton with new or existing emissions-reduction projects.

About Walmart
Wal-Mart Stores, Inc. (NYSE: WMT) helps people around the world save money and live better – anytime and anywhere – in retail stores, online, and through their mobile devices. Each week, nearly 260 million customers and members visit our 11,695 stores under 59 banners in 28 countries and e-commerce websites in 11 countries. With fiscal year 2017 revenue of $485.9 billion, Walmart employs approximately 2.3 million associates worldwide. Walmart continues to be a leader in sustainability, corporate philanthropy and employment opportunity. Additional information about Walmart can be found by visiting http://corporate.walmart.com on Facebook at http://facebook.com/walmart and on Twitter at http://twitter.com/walmart.

Sustainability
Walmart Continues to Prioritize Forest Conservation by Stepping Up Efforts Toward 2025
Our customers want to feel good about shopping at Walmart, and they count on us to deliver access to products that are safe, healthier and affordable in a way that is sustainable. For more than 15 years, we’ve been collaborating with others to drive positive impact across…

Sustainability
Walmart Sets Goal to Become a Regenerative Company
World’s largest retailer targets zero emissions by 2040 and aims to protect, manage or restore at least 50 million acres of land and one million square miles of ocean by 2030. Building on more than 15 years of sustainability leadership, Walmart today announced it is doubling down on addressing the growing climate crisis by targeting…

Sustainability
Walmart’s Regenerative Approach: Going Beyond Sustainability
Every journey begins for a reason. Fifteen years ago, Walmart started on our journey to become a more sustainable company. We set aspirational goals to achieve 100% renewable energy, zero waste and a more sustainable supply chain for people and the planet. This commitment to…