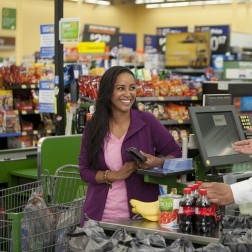 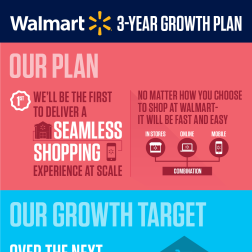 --(BUSINESS WIRE)-- (NYSE: WMT) helps people around the world save money and live better - anytime and anywhere - in retail stores, online, and through their mobile devices. Each week, nearly 260 million customers and members visit our 11,554 stores under 72 banners in 28 countries and e-commerce websites in 11 countries. With fiscal year 2015 revenue of , Walmart employs approximately 2.2 million associates worldwide. Walmart continues to be a leader in sustainability, corporate philanthropy and employment opportunity. Additional information about Walmart can be found by visiting http://corporate.walmart.com on at http://facebook.com/walmart and on Twitter at http://twitter.com/walmart.

Along with this press release, Walmart makes available a recorded call with executive leaders to review the business results, to provide strategic updates and to comment on expectations for the future. We provide that call in both audio form and in a written transcript. Details on accessing the call are as follows:

The call is archived below.

Business
Walmart Is Delivering Added Convenience to Homes for the Holidays
Walmart is delivering a few more reasons to be merry this holiday, making it easier than ever for customers to get what they need when they need it – from turkey and trimmings to Black Friday deals and top-rated toys to put under the tree – and even the tree itself. We’ll be 1) extending…