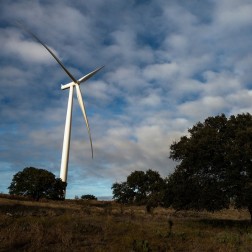 Fall Sustainability Milestone Meeting
We started on our sustainability journey 10 years ago. Join us as we celebrate accomplishments and share lessons learned.
View Event 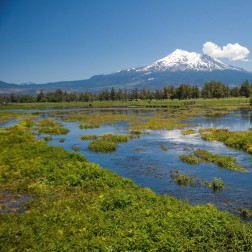 Conserving Wide Open Spaces, in Wyoming and Beyond
The Sommers family has worked a cattle ranch in the Upper Green River Valley of Wyoming for generations.
View Blog Post

BENTONVILLE, Ark., November 17, 2015 – In front of an audience of associates, suppliers and nonprofit organizations at its Global Sustainability Milestone Meeting, Walmart today announced the completion of commitments to reduce 20 million metric tons of greenhouse gas (GHG) emissions from its global supply chain, double fleet efficiency, and expanded an existing commitment to preserve wildlife habitat. The company also highlighted major progress around a pledge to develop a sustainable food system: the completion of several food and nutrition commitments and receipt of an award from Partnership for a Healthier America for its work to open stores in food deserts.

“Today we celebrate the 10-year anniversary of the launch of our sustainability agenda,” said Doug McMillon, president and chief executive officer of Wal-Mart Stores, Inc. “We’re proud to recognize the progress we continue to make every day, and we’re excited about what we hope to accomplish in the next ten years and beyond.  Our company has made major strides since we embarked on this journey, and our focus for the next decade will remain the same: doing the right thing for our customers, our communities, people working in the supply chain and the planet. Our approach to global responsibility not only makes sense for the environment, but it’s also good for our customers, and our business.”

1. To be supplied by 100% renewable energy;
2. Create zero waste;
3. Sell products that sustain people and the environment.

To ensure progress toward these goals, Walmart continually establishes ambitious commitments with definitive timelines, while collaborating with suppliers, nonprofits, industry experts and governments. Walmart today shared progress against several of these commitments:

“While our journey is far from over, it’s clear that we are on the right path. Even as Walmart grows, we are continuing to leverage our scale and enhancing our supply chain for the good of people and the planet,” said Kathleen McLaughlin, chief sustainability officer for Walmart.  “The progress we have achieved would not be possible without the passion and the hard work of associates across the company, as well as the partnership of our suppliers and the NGOs who have helped us drive our work forward.”

About Walmart
Wal-Mart Stores, Inc. (NYSE: WMT) helps people around the world save money and live better - anytime and anywhere - in retail stores, online, and through their mobile devices. Each week, nearly 260 million customers and members visit our 11,554 stores under 72 banners in 28 countries and e-commerce websites in 11 countries. With fiscal year 2015 revenue of $485.7 billion, Walmart employs approximately 2.2 million associates worldwide. Walmart continues to be a leader in sustainability, corporate philanthropy and employment opportunity. Additional information about Walmart can be found by visiting http://corporate.walmart.com on Facebook athttp://facebook.com/walmart and on Twitter at http://twitter.com/walmart.