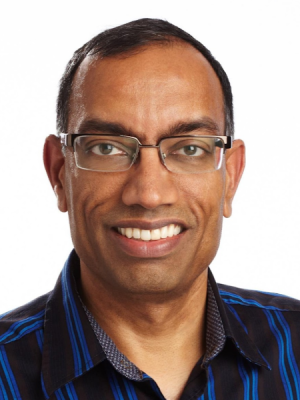 Suresh Kumar is the executive vice president and global chief technology officer (CTO) and chief development officer (CDO) of Walmart, Inc. As the global CTO, Suresh sets our technical strategy, combining advances in computing with Walmart’s strengths to deliver the best customer experiences. As the global CDO, he leads the team in building tools and systems to digitally transform our business operations, using the scale and power of our data to deliver a competitive advantage while improving the productivity of our associates.

Suresh has 25 years of technology leadership experience, most recently from Google where he served as vice president and general manager of display, video, app ads, and analytics. He was responsible for Google’s network advertising P&L, as well as advertising revenue on Google Play Store, Gmail, and YouTube. He led product and engineering teams for Google Ad Network, AdMob, AdSense, DV360, AdManager, Google Analytics, GA 360, and all associated products. Suresh led the acceleration of growth in the business and launched several product features while significantly reducing traffic acquisition and infrastructure costs.

Prior to joining Microsoft in 2014, Suresh spent 15 years at Amazon in various leadership roles, including as vice president of technology for retail systems and operations. Suresh helped Amazon’s retail business scale and grow tenfold by automating all of its internal processes, including demand forecasting, pricing optimization, promotional merchandizing, and vendor management. He also led Amazon’s retail operations that managed its massive selection, from creating and maintaining its catalog to monitoring and reacting to the competitive landscape. Prior to this, Suresh led Amazon’s retail supply chain and inventory management systems.

Before Amazon, Suresh was a research staff member at IBM Thomas J. Watson Research Center, where he worked on a number of areas, from collaborative supply chain planning to shock modelling and protection of portable hard disk drives.

Suresh holds a PhD in engineering from Princeton University and a bachelor of technology from the Indian Institute of Technology, Madras.