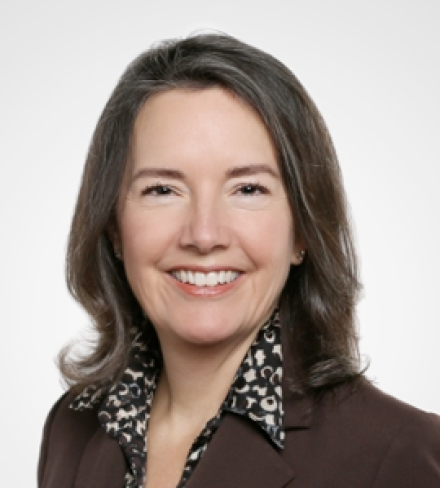 Kathleen McLaughlin is executive vice president and chief sustainability officer for Walmart Inc. and president of the Walmart Foundation.

Kathleen is responsible for programs that help Walmart create opportunity through jobs and sourcing; advance the sustainability of supply chains; foster diversity, equity and inclusion; and build inclusive and resilient communities.

Through business initiatives and philanthropy, her teams work with Walmart associates, suppliers, nonprofit organizations and others to drive significant and lasting improvements to economic, social and environmental systems. These efforts are making significant progress on multiple fronts, including engaging more than 4,500 suppliers in Project Gigaton™ – an initiative created in 2017 aimed at engaging suppliers in climate action, along with NGOs and other stakeholders to reduce or avoid one billion metric tons (a gigaton) of greenhouse gases from the global value chain by 2030. So far, we've reduced or avoided more than 574 million metric tons of CO2 emissions through Project Gigaton™. Since 2006, Walmart and Sam’s Club have donated more than 7 billion pounds of food from stores, clubs and distribution centers to Feeding America food banks. Since 2016, Walmart, Sam’s Club and the Walmart Foundation have provided more than $132 million for disaster preparedness and response efforts supporting communities around the globe. Last year, the company and Foundation awarded more than $1.5 billion in cash and in-kind donations, including over 696 million pounds of food donations in the U.S.

Before joining Walmart in 2013, she spent more than 20 years with the global consulting firm McKinsey & Company.

Kathleen serves on the boards of the Council on Foundations, the World Wildlife Fund, World Resources Institute, and is an advisor to The Nature Conservancy’s Impact and Financial Markets team.

In 2018, Kathleen was recognized as one of the "The World's 50 Greatest Leaders" by Fortune – a title given to men and women in business, government, philanthropy and the arts across the globe for their work to transform the world and inspire others to do the same.

Kathleen is a frequent speaker about the role of business in society at forums such as those hosted by the New York Times, Fortune, the Wall Street Journal and the World Economic Forum.

Kathleen earned a Bachelor of Science in electrical engineering from Boston University, as well as a Master of Arts in politics, philosophy and economics from Balliol College at Oxford University, where she was a Rhodes Scholar. She also has a diploma in theology from Oxford. She is married with three children and divides her time between Bentonville, Arkansas, and Toronto, Ontario.