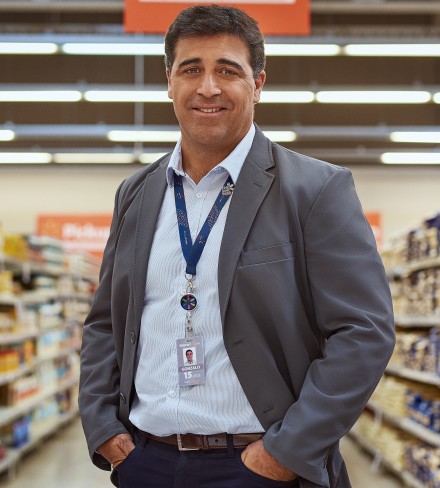 Gonzalo Gebara is Chief Executive Officer of Walmart Chile. He joined the company in 2000, as a member of the Finance, Strategy, and Commercial teams. In 2004, he moved to Bentonville, Arkansas, where he assumed the role of Senior Director of International Integration, leading these company processes in Brazil, Central America, Japan, and China. Later, in 2009, he arrived in Chile to lead the D&S-Walmart integration process. His responsibilities included the implementation of a new corporate culture and the development of a series of value-creating initiatives. In 2013, he became Director of Operations for Walmart Chile.

In 2016, he assumed the position of Commercial Vice President of Walmart Chile, in charge of developing the strategy and overall management of all commercial initiatives, for both brick-and-mortar stores and the digital channel and led the Company’s agro-industrial division in the country. During his 10 years in Chile, he also developed and launched the Business Intelligence and Data Analytics division.

In January 2019, he was appointed Chief Administration Officer for Walmart in Chile and Argentina, where he was responsible for implementing the company's real estate strategy in both countries, fostering the construction of new stores and remodeling of some existing locations.