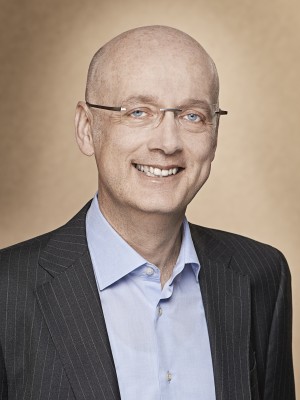 Dirk Van den Berghe is executive vice president, global sourcing and regional chief executive officer – Asia. In this role, he is focused on Global Sourcing and leading Walmart’s Asia region, made up of India, China and Japan. He is also a member of the Flipkart Board of Directors.

Previously he also served as president and chief executive officer of Walmart China from August 2016 to early 2018. He began his Walmart career in 2014 where he led the Canada team as CEO.

Dirk has 30 years of international leadership experience across Europe, Asia and North America. Prior to his Walmart Asia and China roles, Dirk was CEO of Walmart Canada beginning August 2014, joining Walmart from the Delhaize Group, a leading global food retailer with operations in eight countries and three continents, where he enjoyed a 15-year career.

During his career with Delhaize, he held leadership roles across several functions, including chief executive officer, merchandising, strategy and leading new and emerging markets. His leadership responsibilities extended to several countries, including Belgium, Luxembourg, Indonesia, Thailand, Singapore, Romania and the Czech and Slovak Republics.

In addition to his broad international retail background, Dirk has two decades of experience teaching international business and strategy at leading universities across Europe, Asia and the United States. He also has more than a decade of diplomatic and trade experience as the International Trade Commissioner for the government of Belgium and the region of Flanders.

Dirk earned a Ph.D. in economics from Sofia University in Bulgaria, a Master’s degree in business administration from the State University of Ghent in Belgium, and speaks several languages, including English, French and Dutch.