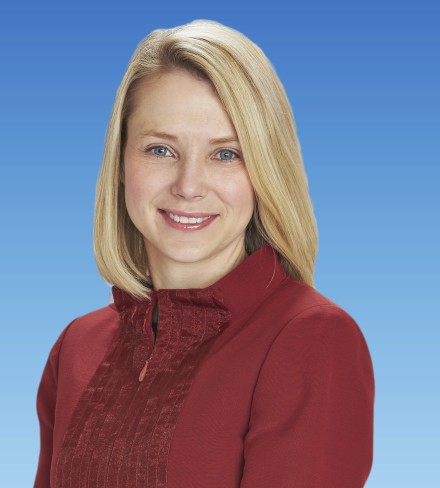 Home About Board of Directors Marissa A. Mayer

Joined the Board: 2012
Committees: Compensation and Management Development; Technology and eCommerce

Marissa A. Mayer is the co-founder and CEO of Sunshine Products (formerly Lumi Labs, Inc.), a technology startup focused on making everyday tasks, like contact management or scheduling, magical. From July 2012 through June 2017, she served as president, chief executive officer and a member of the board of directors of Yahoo!, Inc. ("Yahoo," now Altaba, Inc.). At Yahoo, she led the internet giant's push to reinvent itself for the mobile era. With a renewed focus on user experience, Marissa grew Yahoo to serve over 1 billion people worldwide — with more than 600 million mobile users — and transformed its advertising approach.

Prior to her role at Yahoo, Marissa spent 13 years at Google, Inc., ("Google") where she led various initiatives, including Google Search, for more than a decade and other products such as Google Maps, Gmail and Google News.

She holds a bachelor's degree in symbolic systems and a master's degree in computer science from Stanford University. From March 2013 until October 2016, she served on the board of directors for AliphCom, which operates as Jawbone. She also serves on the boards of Go Forward, a company that combines virtual and in-person primary care practice, as well as Maisonette, an online company focused on providing customized shopping experiences in children’s luxury brands and boutique clothing, accessory, and home décor items. In addition, she serves on the board of the San Francisco Ballet and previously served on the foundation board for the Forum of Young Global Leaders at the World Economic Forum.