Walmart Outlines Plan to Win with Customers, including E-commerce Acceleration, at Meeting for Investment Community Today

Walmart Outlines Plan to Win with Customers, including E-commerce Acceleration, at Meeting for Investment Community Today How Walmart is Transforming to Better Serve Customers 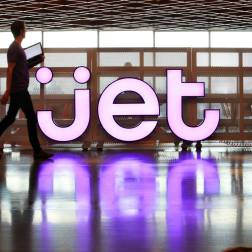 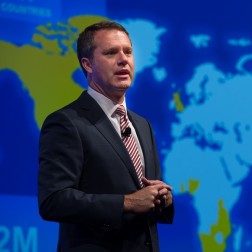 BENTONVILLE, Ark., Oct. 6, 2016 – At its 2016 Investment Community Meeting today, Wal-Mart Stores, Inc. (NYSE: WMT) will outline the company’s strategic framework to grow by serving customers across all channels, creating a seamless shopping experience. The company is also sharing select guidance information along with its capital expenditure estimates for the next fiscal year.

McMillon noted ongoing success will be driven by a number of factors. These include continued momentum in the U.S. business; solid growth in key international markets, including Mexico and Canada; a sharpened focus in China; and e-commerce investments.

“We are encouraged by the progress we’re seeing across our business and we’re moving with speed to position the company to win the future of retail. Our customers want us to run great stores, provide a great e-commerce experience and find ways to save them money and time seamlessly - so that’s what we’re doing,” McMillon said.

Biggs added, “I’m pleased with the momentum in our business. We have the financial strength to strategically invest in growth, while returning significant cash to shareholders in the form of dividends and share repurchases.”

About Walmart
Wal-Mart Stores, Inc. (NYSE: WMT) helps people around the world save money and live better – anytime and anywhere – in retail stores, online, and through their mobile devices. Each week, nearly 260 million customers and members visit our 11,539 stores under 63 banners in 28 countries and e-commerce websites in 11 countries. With fiscal year 2016 revenue of $482 billion, Walmart employs more than 2.3 million associates worldwide. Walmart continues to be a leader in sustainability, corporate philanthropy and employment opportunity. Additional information about Walmart can be found by visiting http://corporate.walmart.com on Facebook at http://facebook.com/walmart and on Twitter at http://twitter.com/walmart. Online merchandise sales are available at http://www.walmart.com and http://www.samsclub.com.

Forward-Looking Statements
This release contains certain forward-looking statements that are intended to enjoy the safe harbor protections of the Private Securities Litigation Reform Act of 1995, as amended, including statements regarding guidance, forecasts and expectations of Walmart’s management of or for:

Walmart's actual results may differ materially from the guidance, projections, estimates and expectations discussed in or implied by such forward-looking statements as a result of changes in circumstances, assumptions not being realized or other risks, uncertainties and factors, whether globally or in one or more of the markets in which we operate, including:

Such risks, uncertainties and factors also include the risks relating to Walmart's operations and financial performance discussed in Walmart's most recent annual report on Form 10-K filed with the SEC. You should read this release in conjunction with that annual report on Form 10-K and Walmart's subsequently filed quarterly reports on Form 10-Q and current reports on Form 8-K.
You should consider all of the risks, uncertainties and other factors identified above and in those SEC reports carefully when evaluating the forward-looking statements in this release. Walmart cannot assure you that the future results reflected in or implied by any such forward-looking statement will be realized or, even if substantially realized, will have the forecasted or expected consequences and effects for or on Walmart's operations or financial performance. Such forward-looking statements are made as of the date of this release, and Walmart undertakes no obligation to update such statements to reflect subsequent events or circumstances.

Reconciliation of and Other Information Regarding a Non-GAAP Financial Measure

Business
Walmart Invests in Cruise, the All-Electric Self-Driving Company
Over the years we’ve been doing a lot to learn more about the role autonomous vehicles can play in retail, and we’ve seen enough to know it’s no longer a question of if they’ll be scaled, but when. Today we’re taking the next step in our work with autonomous vehicles by making an…

Business
Emphasizing Opportunity, Walmart Moves More Associates to Full Time
Even with all the change of the past year, we have continued to focus on creating even more opportunity for associates at Walmart. Retail trends have accelerated, and we’ve evolved how we serve customers and the roles that support them. Today, we’re excited to…