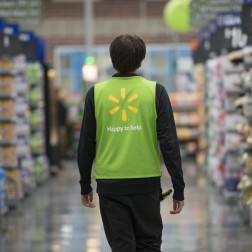 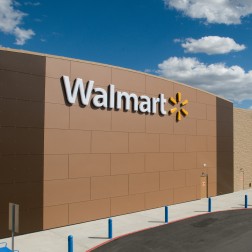 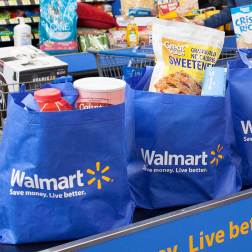 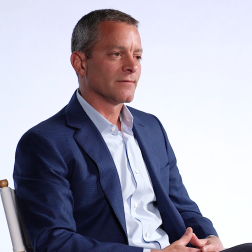 Greg Penner Talks about Walmart's Board of Directors
Greg Penner, Chairman of the Board of Directors, shares how the board is maximizing their effectiveness in adapting to Walmart’s evolving customer needs. Learn more at stock.walmart.com.
View Video

“Throughout our history, Walmart has been an innovator in retail,” Walmart President and Chief Executive Officer Doug McMillon said in his letter to shareholders. “We’re now living in a new period of disruption, largely driven by rapid technological advances, and that change is likely to accelerate even further. Our efforts are squarely focused on emerging as the retail leader. Around the world, we face stiff competition, but our future is within our control. The bottom line is this: we have the resources to chart our own destiny.”

The 2016 Annual Report, Only Walmart, provides shareholders with highlights of Walmart's achievements in the last fiscal year and key company-wide initiatives for the upcoming year and is available here.

In the report, McMillon highlights the company’s ongoing efforts to be the first company to deliver a truly seamless shopping experience at scale. His letter also addresses how the company will win with customers around the world, by focusing on the following initiatives:

The report also includes an update on governance and shareholder engagement from Chairman of the Board of Directors, Greg Penner. In his letter to shareholders, Penner states, “The past year has been a period of transition for Walmart as we make strategic investments to position the company for sustainable growth. Walmart’s Board of Directors fully supports these investments in people and technology as they will strengthen the company’s competitive position both now and in the future. As we look ahead, the board is confident that Walmart’s strategy is the right one, our governance processes are strong and management is fully aligned with an actionable plan for success.”

The company began distributing its Proxy Statement today with details of its Annual Shareholders’ Meeting, to be held on Friday, June 3, 2016, at 8 a.m. (CDT) in Bud Walton Arena on the University of Arkansas campus in Fayetteville, Ark. Only shareholders of record as of the close of business on April 8, 2016, the record date for the meeting, are entitled to vote at this year’s meeting.

The 2016 Proxy Statement can be read online. Shareholders unable to attend the 2016 Annual Shareholders' Meeting in person may view a live webcast at stock.walmart.com.

Jay Jorgensen, Executive Vice President, Global Chief Ethics and Compliance Officer, said, “Over the last few years, the company has invested heavily in enhancing our ethics and compliance functions to help us become the world’s most trusted retailer. These efforts reflect our commitment to doing business the right way and continuously improving as we adapt to changes in our operations and the marketplace.”

Wal-Mart Stores, Inc. (NYSE: WMT) helps people around the world save money and live better - anytime and anywhere - in retail stores, online, and through their mobile devices. Each week, nearly 260 million customers and members visit our 11,528 stores under 72 banners in 28 countries and e-commerce websites in 11 countries. With fiscal year 2016 revenue of $482.1 billion, Walmart employs approximately 2.3 million associates worldwide. Walmart continues to be a leader in sustainability, corporate philanthropy and employment opportunity. Additional information about Walmart can be found by visiting http://corporate.walmart.com on Facebook at http://facebook.com/walmart and on Twitter at http://twitter.com/walmart.