Walmart Board of Directors Elects Greg Penner as New Chairman

Walmart Board of Directors Elects Greg Penner as New Chairman 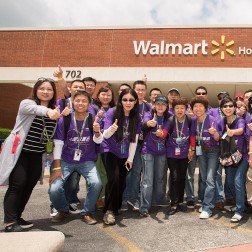 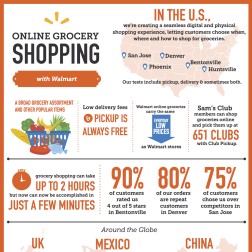 Succeeds Rob Walton Who Will Continue to Serve as a Director

FAYETTEVILLE, Ark., June 5, 2015 – The Board of Directors of Wal-Mart Stores, Inc. (NYSE: WMT) today announced the election of Greg Penner, who previously served as the Board’s Vice Chairman, to the position of Board Chairman, effective at the end of today’s Shareholders’ Meeting. Penner takes over from Rob Walton, 70, who served as Chairman of the Board since 1992 and will continue to serve as a director.

“This transition demonstrates Walmart’s commitment to long-term succession planning and keeping high caliber, capable leaders at the head of our company,” said Walton. “Greg’s service to Walmart spans more than 15 years, and during that time he has had a significant impact, both as an associate and as a Board member the past seven years. Greg has done an outstanding job as our Vice Chairman over the past year, and he has provided strong leadership and guidance as the Chairman of our Technology and eCommerce Committee since it was formed in 2011. He brings an ideal blend of finance, technology and international business expertise – as well as a deep knowledge and love of Walmart – to this role.”

“It would be impossible to overstate Rob Walton’s impact on Walmart and how personally committed he has been over the years,” said Penner. “I’m deeply honored to follow in his footsteps and recognize the deep responsibility I have to our associates, all shareholders and the Board. I’ve admired this company since my first Saturday morning meeting more than two decades ago. I believe in its mission and the positive role it plays throughout the world. I am excited about continuing to work with our outstanding senior management team and talented Walmart associates at all levels of the company.”

Penner, 45, began his career at Goldman Sachs & Co. as an analyst specializing in corporate finance. He then joined Walmart as a management trainee and held a number of positions throughout the company, including Senior Vice President of Finance and Strategy for walmart.com and Senior Vice President and CFO – Japan. Since 2005, he has been a general partner of investment management firm Madrone Capital Partners. Penner joined the Walmart Board of Directors in 2008. He has served as chair of the Technology and eCommerce Committee and held positions on the Global Compensation and Strategic Planning and Finance Committees. He is the son-in-law of Rob Walton.

About Walmart
Wal-Mart Stores, Inc. (NYSE: WMT) helps people around the world save money and live better – anytime and anywhere – in retail stores, online, and through their mobile devices. Each week, we serve nearly 260 million customers who visit our 11,462 stores under 65 banners in 28 countries and e-commerce websites in 11 countries. With fiscal year 2015 revenue of $486 billion, Walmart employs more than 2 million associates worldwide. Walmart continues to be a leader in sustainability, corporate philanthropy and employment opportunity. Additional information about Walmart can be found by visiting http://corporate.walmart.com on Facebook at http://facebook.com/walmart and on Twitter at http://twitter.com/walmart. Online merchandise sales are available at http://www.walmart.com and http://www.samsclub.com.