Tom Schoewe to retire as CFO Nov. 30 after helping lead company through period of strong profitability and global expansion

Wal-Mart Stores, Inc. (NYSE: WMT) today announced that its board of directors has elected Charles Holley, 54, to succeed Tom Schoewe as the company's chief financial officer. The change will be effective Nov. 30, and Schoewe will stay on until Jan. 31 to help with the transition. 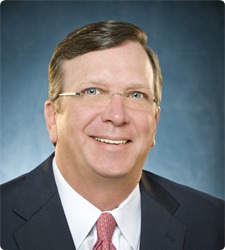 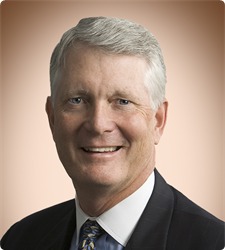 "Charles has great experience both inside Walmart and externally," said CEO Mike Duke. "He is a talented strategist who also thoroughly understands the details of our business and the financial markets. As treasurer, he has helped drive the strategy behind the company's strong financial position and has made every organization he has led stronger.

"Charles has also played a strong role in pioneering the company's international expansion. He is respected within the company as well as by the investment community, and has been a key part of our strategic discussions for a number of years."

Duke said, "Tom has been a key member of Walmart's strategic team for the past decade and has overseen our financial functions during a period of tremendous growth and international expansion. During that time he played a leading role in strengthening our balance sheet and our financial controls, and in establishing the financial priorities of growth, leverage and returns that guide our business.

"One of Tom's greatest strengths is his focus on talent development, and he has built a strong and deep team across all our operations," Duke continued. "Under his leadership, the company has continued to increase its returns to shareholders, and through the first half of this fiscal year gave back $9.4 billion through dividends and share repurchase."

Holley joined Walmart in 1994 and is currently executive vice president, finance and treasurer. He is responsible for corporate strategy and planning, tax, investor relations, corporate mergers and acquisitions, risk management, and treasury operations, which includes capital markets and cash management. Before joining Walmart, Holley worked for Tandy Corporation (now Radio Shack) as managing director for its European Memorex division and served as director of finance for its international operations. He also spent more than 10 years with Ernst & Young.

Schoewe, 57, joined Walmart in 2000. Prior to that, he spent 14 years at Black and Decker, most recently as chief financial officer.

Both Holley and Schoewe are recognized leaders within the financial and retail industries and are active in community service.

Holley's successor will be named at a later date.

NOTE: Bios of Charles Holley and Tom Schoewe are available at: http://www.walmartstores.com. High resolution photos of both are available for downloading from the site.