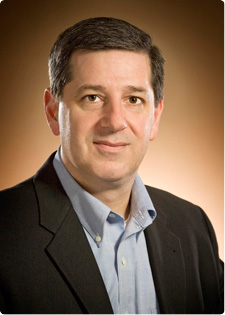 "As we continue to become a truly global company and address the business challenges of a rapidly changing world, it is clear that Global.com and Global Sourcing are critical to our future growth and success," Duke continued. "We are fortunate to have someone as strategic and knowledgeable as Eduardo leading the teams to drive these initiatives forward at a faster pace. Appointing him to this role demonstrates our commitment and the importance we assign to these areas and to building the next generation Walmart, while also allowing Eduardo to relocate to California to be with his family during his wife's illness."

"Eduardo has made extraordinary contributions to Walmart U.S. over the past five years, and many contributions are still to come," said Duke. "He is a visionary thinker who has strengthened our overall business and built a foundation that positions us well for the future. Eduardo has developed a strong team and led improvements in many of the ways we serve our customers."

"Bill is a strong leader who has made a positive difference from his first day at Walmart," added Duke. "He's been responsible for successfully running more than 3,700 stores and leading 1.3 million associates in the U.S. Bill transformed the customer experience at Walmart through faster service, a friendlier shopping environment and cleaner stores. He also helped develop and launch our game-changing $4 prescription drug program and has continued to drive innovation and improvement throughout Walmart U.S. He is a talented strategist and an excellent people manager with strong execution skills."

"Eduardo has been a terrific mentor to me," said Simon, "and I am honored to take on this new role. My goal is to partner closely with our suppliers and build on the successes of our strategy over the last several years. Together we will bring a sense of urgency in the areas that matter most for the continued growth of our business - increasing customer traffic, ensuring our product assortment is even more relevant, and never ever giving an inch on price leadership. We know our customers are counting on us now more than ever in these challenging economic times and we're committed to delivering for them."

"I am excited to take on this new role to help drive the next generation of value creation for Walmart and to be closer to my family," said Castro-Wright. "I am committed to building the leading global e-commerce and multi-channel business and to truly leveraging our global sourcing to deliver value for our customer."

"I can't think of anyone more qualified than Bill to take the Walmart U.S. business to new heights," continued Castro-Wright. "He is an exceptionally capable leader who understands our customer and our business and is dedicated to our associates in our stores."

Castro-Wright will be relocating to the West Coast and will work from the company's Global.com office in California.

Simon, most recently chief operating officer, joined Walmart U.S. in March 2006 from Brinker International, where he was senior vice president of global business development and was responsible for the growth of the company's restaurant portfolio outside the United States. Prior to Brinker, he served as Secretary of the Florida Department of Management Services, appointed by then-Governor Jeb Bush. He was responsible for the state's operations and administrative functions, including health care benefits, human resources, the Florida retirement system and facilities management. He is also a retired officer from the U.S. Navy and Navy Reserves after 25 years of service.