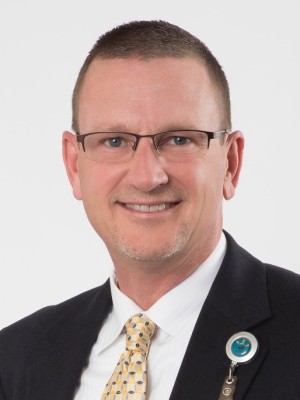 Todd Harbaugh is executive vice president of Supercenters, Walmart U.S. His responsibilities include the growth and overall operations of more than 4,000 supercenters and discount stores across the U.S. and Puerto Rico. Todd also has responsibility for Walmart’s more than 375 fuel stations across the country.

Todd began his Walmart career in 1990 as an assistant manager. He continued to take on increasing responsibility, serving as co-manager, store manager, district manager, operations coordinator, regional manager and regional vice president at Walmart where he led all Walmart stores in the northeast United States.

Prior to his current role, Todd spent time in Mexico, beginning as president of Sam’s Club. Due to great results and the positive turnaround in the business, he was promoted to chief operating officer of Walmart Mexico, in charge of more than 2,168 stores across different formats, including Bodega Aurrera, Walmart Supercenter, Superama and Sam’s Club. He then returned to the U.S., where he had responsibility for Walmart’s Neighborhood Markets.

Prior to joining Walmart, Todd served in the United States Navy and in the Army National Guard.