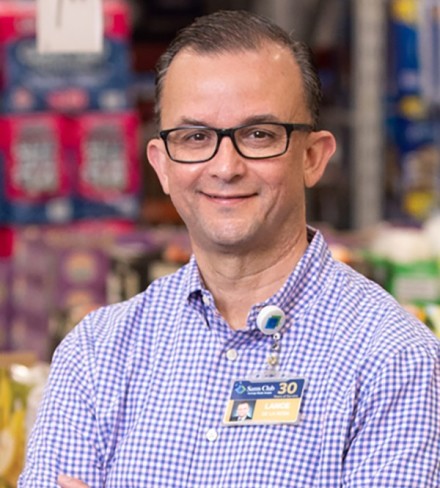 Lance de la Rosa is executive vice president and chief operating officer for Sam’s Club. He is responsible for the operations of nearly 600 Sam’s Clubs in the United States and Puerto Rico.

Lance started as an hourly trainee at a Walmart store over 32 years ago. He then served as a co-manager and store manager before taking on a leadership role with Walmart International where he spent two years in Germany as a district manager advisor. In 2001, he returned to Walmart U.S. as a divisional manager for the optical division before being promoted to regional general manager for over 200 Walmart stores across the Northeast.

Lance earned a bachelor's degree in music education from East Tennessee State University. He and his wife, Wendy, have one son, Carson.