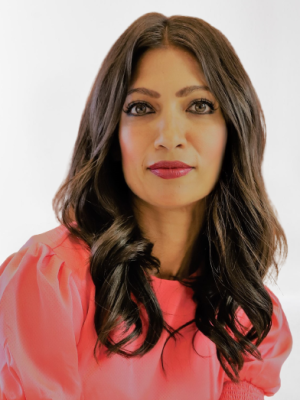 Chandra Holt is the executive vice president for Walmart U.S. eCommerce. In this role, she is responsible for delivering a frictionless digital shopping experience for our customers on Walmart.com.

Previously, she oversaw the integration of our stores and eCommerce merchandising divisions during Walmart’s first omni merchandising integration as the eCommerce chief merchandising and integration officer for Walmart.com. Chandra joined the team in 2020 after spending two years leading SamsClub.com as its chief operating officer. Before that, Chandra was SVP, GMM – Grocery, where she transformed a declining business into one of the fastest growing businesses at Sam’s Club.

Prior to joining Sam’s Club, Chandra held various leadership roles in merchandising at Walgreens including DMM of Food. While at Walgreens, Chandra also led the first U.S. “Red Nose Day,” which raised $20M for charities around the world. Prior to working at Walgreens, Chandra spent ten years at Target in both merchandising and inventory management leadership roles. Chandra started her career at Campbell Mithun (McCann Worldwide), a marketing agency in Minneapolis, Minn.

Chandra holds an MBA in Marketing and Strategy from Carlson School of Management. Chandra earned a bachelor’s degree from the University of Minnesota.